This week we welcomed a new recruit to Team Motive with the addition of Josh Rawson as Graphic Designer. So let's find out a little more about him.

Josh, welcome to the team. Tell us about your new role at Motive?

Thanks! I have recently joined Motive as a graphic designer, and with this I will be overseeing creative content for both the agency and our clients. With a fixation on digital content, I will be bringing experience from both static and motion design backgrounds, to elevate us further in a fast paced market.

What were you doing before joining Motive?

Within my design career so far I have covered both in-house and agency roles, each with their own set of expectations and methods of operating. It has been great to work first hand within brand guidelines and push a single brand further, or to adapt to the needs of multiple clients and align yourself with their way of thinking. It’s been a fruitful career so far and I can’t see it changing, it’s only the beginning.

Why are you a designer? What do you enjoy about design?

I love the overlap of aesthetic and functionality, along with creative problem solving. Once you start to realise how virtually everything is by design, it’s like seeing through the matrix! You can be tempted by a café, restaurant or bar you’ve never been to before without even knowing what their products are like. Someone might say ‘’it looks nice here’’, and often that’s down to their logo, branding, signage and other design elements. This is all thought out beforehand, and consequently strengthens a brand’s perception before a product or service is even indulged upon. I love being able to tap into this and want to continue to do so for years to come.

Did you study design at uni?

Strangely enough I didn’t, but I’m happy with things have worked out so wouldn’t change anything. I studied a Bachelor’s degree in Art at the University of Reading, and with this came a certain degree of creative freedom, as opposed to something more refined. You would enter the course and discuss with your tutor(s) about your artistic style, influences and direction, and they would support you and help you develop further. I actually entered the course with a combination of more two dimensional mediums such as illustration and painting, before falling in love with the intricacies of Photoshop in my final year. After pursuing design shortly after this, the rest is history.

Why is great design important?

As I’ve moved further into my career, I have grown to realise just how much we unavoidably interact with elements of design in our day to day lives. From the branding that lured us into choosing our particular toothpaste and coffee in the morning, down to the brands we wear and logos we are flooded with in an immense era of information. Design is a fundamental element in the choices we make, on both a conscious and subconscious level, and it has shaped us considerably throughout our lifetimes.

What do you think to agency life?

I am a huge fan of the agency lifestyle, as it consists of a close team with big ideas. Communication is key, and with a more intimate degree of working, ideas are easily expressed and pushed as far as possible. You never have the same day twice with clientele being so diverse and exciting, and it has a great collaborative element across the board.

What do you get up to outside of work?

I am a huge advocate of the gym, and as someone that absolutely hated P.E as a kid it feels good being able to engage in something so physically fulfilling. I think the geeky gamer in me enjoys the ‘stat building’ element to it, in that I love the feeling of being able to do things there that I previously couldn’t. With a lot of my design and art work ripe with Japanese influence, I also engage in a lot of geeky Japanese media such as manga and anime. I believe a lot of the ‘golden era’ classics are timeless, and nostalgia sells.

Who is the most famous person you have met?

Loyle Carner. He’s a UK artist with tens of millions of plays on Spotify. I went to a festival in London a few years back and bumped into him before his set. He’s been nicknamed the most polite man in hip-hop and I can vouch for that. A while after I saw him getting into a taxi outside of Nottingham station and messaged him on Instagram mentioning it. He replied asking if I was coming to his sold out gig that evening and that I could get VIP if I messaged him outside. I didn’t go along in the end, and he’s blown up to be much bigger since. Definitely regret not going.

Favourite book (series, and if it counts) would have to be the manga/graphic novel series ‘Akira’. Always blows my mind remembering it was produced in 1982 (older than me!), with such intricate and immersive illustrations, and themes relative to the political landscape of today. Song of choice might have to be Stronger by Kanye West – I love the mesh of using Daft Punk’s French electronic music in a hip-hop track, and funnily enough the music video is influenced by Akira too! Movie would have to be Ghost in the Shell – it was one I never really understood in my youth and I couldn’t click with the artistic style, but in recent years it’s grown to be my favourite. The OST, gritty palettes, philosophical themes and the vision of dystopian cityscapes are definitely my cup of tea.

Do you have any pets?

At this moment in time unfortunately not, but I did used to have a bearded collie as a child. We got him when I was 10 years old and my mum called him Deefor (D for dog). It was my responsibility to walk him twice a day. He grew faster than I did and there were definitely points where it felt like I was being walked by him.

Any advice for others seeking a future role at Motive?

Much like operating as a creative, you need to think a little outside the box a bit and cut through the static. They say that applying for work is a job in itself, and when doing so I had a schedule I would abide by to keep things in order. I ran through my usual routine of checking new roles first thing in the morning, loved the work and trajectory of Motive and reached out to Steve directly to communicate my enthusiasm. I put emphasis on my availability, love for design and career ambitions, then proved first hand I can walk the walk by completing a design brief. It has all fallen into place since and I am excited to see what the future holds. 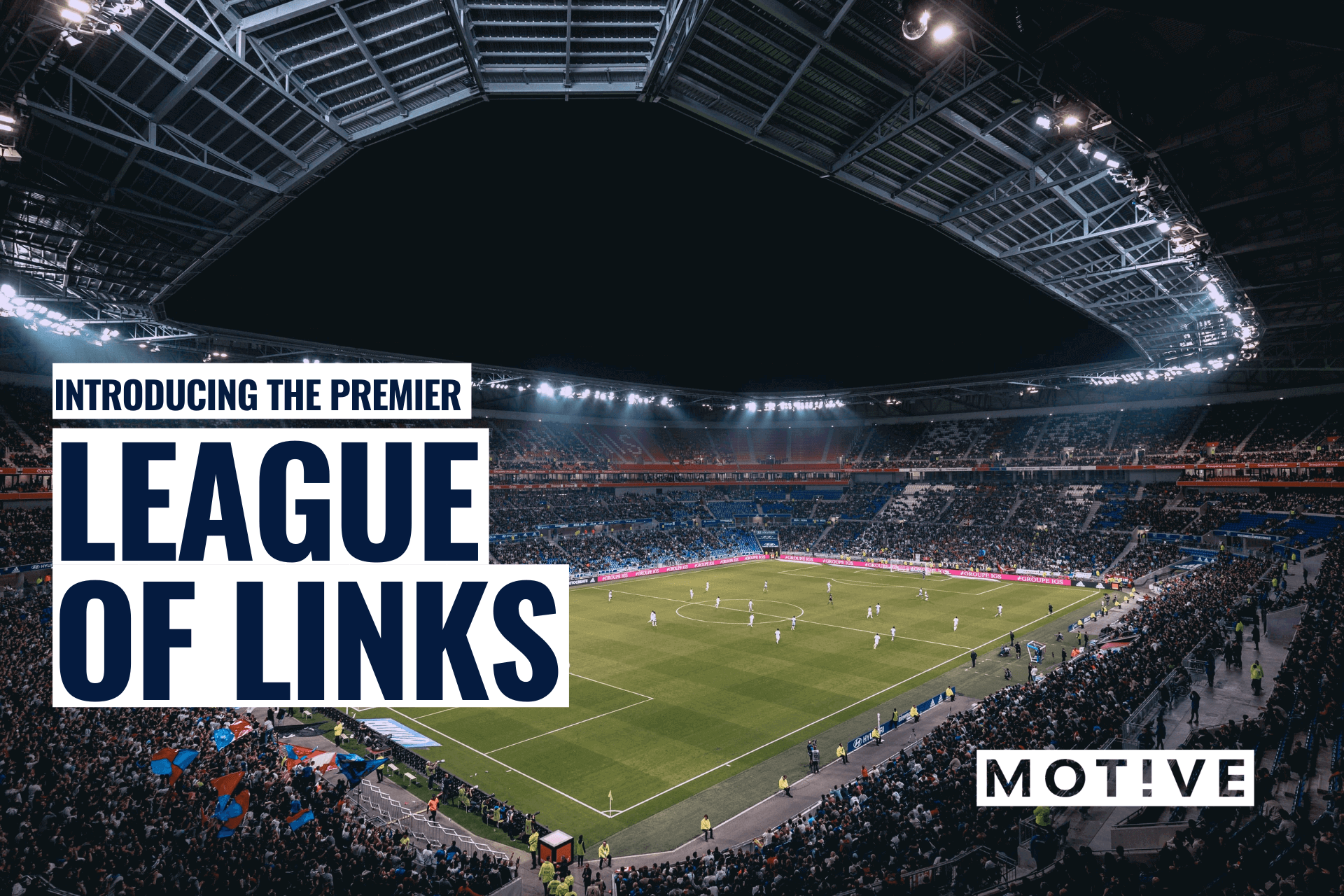 Which football club is top of the table when it comes to SEO? We analysed the backlink profile of every top flight club to find out. 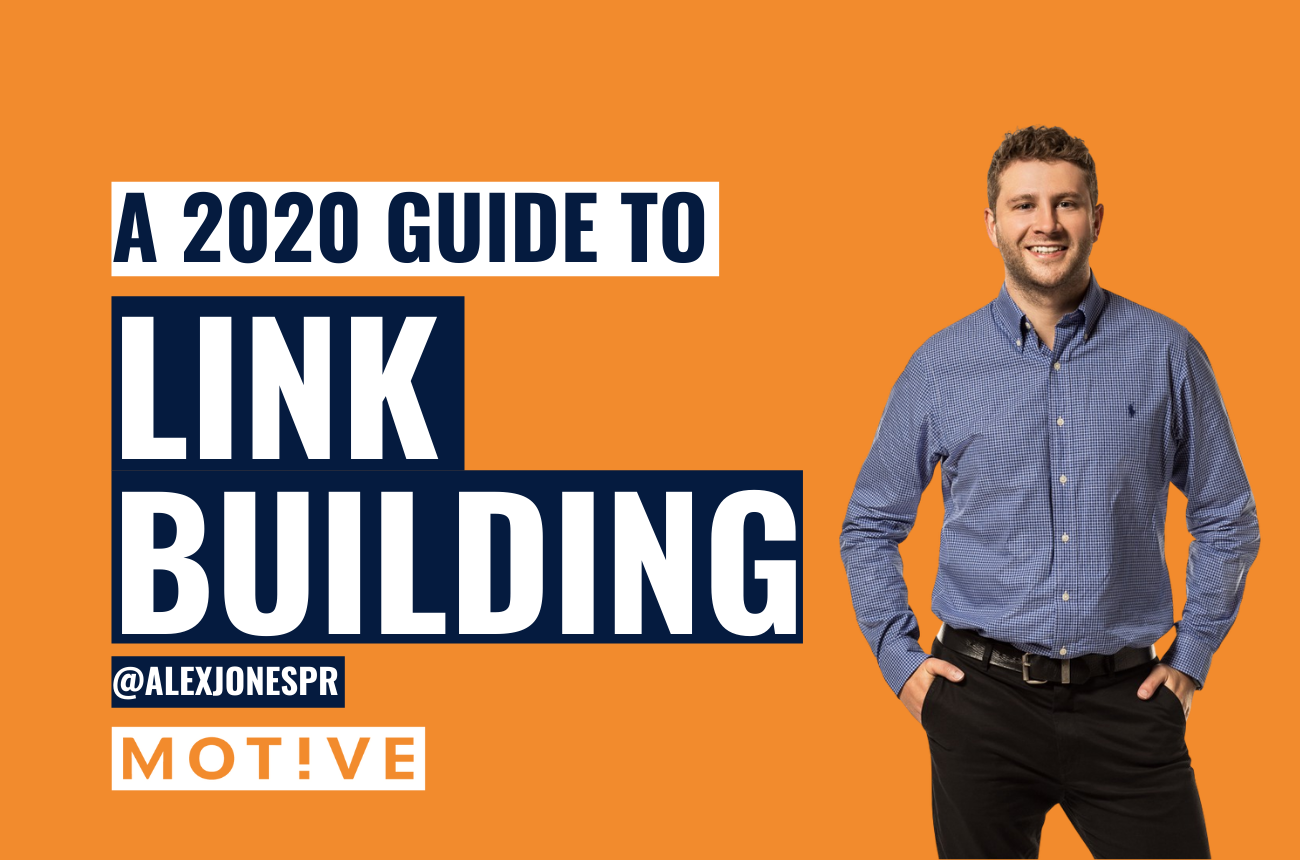 A guide to link building tactics in 2020

In this expert article, Motive take you through some easy to action tactics that will earn links in 2020.